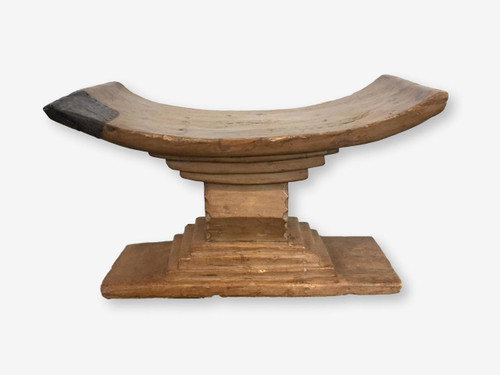 Now, as in the past, stools have a spiritual significance as well as a purely practical use. The stool was understood to be the seat of its owner’s soul. When not in use, it was therefore placed at a slant against a wall so that none of the souls passing by could settle on it. The Asante say that there are no secrets between a man and his stool. Such stools were each carved out of a single piece of light wood. If a king died a natural death during his own reign, one of his stools was blackened and would, in future, be regarded as an ancestral seat. Sacrifices would then be made to it.

*Artisan crafted and due to it's handmade nature no two alike. Variations are likely and celebrated.